One great by-product of pumpkin carving is the pumpkin seeds!  I have a great recipe for you for Candied Pumpkin Seeds that you and your sweet tooth will totally love! 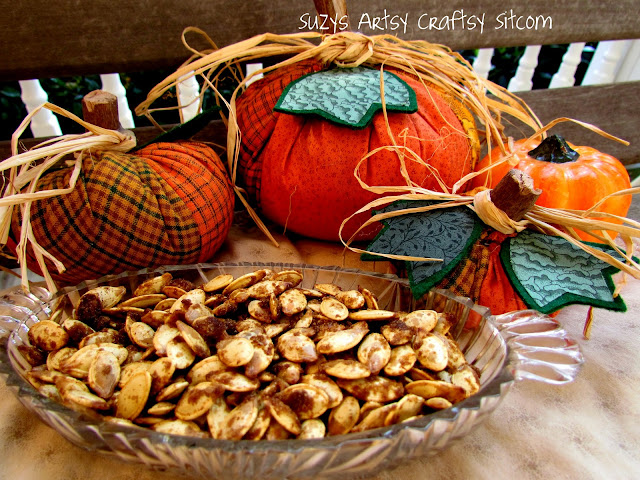 I really hate to waste things and so when my daughter and I carved three pumpkins for Halloween this week, we set aside the seeds.  Did you know that pumpkin seeds are very good for you?  They are packed with fiber, vitamins, minerals and numerous health promoting antioxidants.  They contain good quality protein- 100 grams of seeds contains 54% of recommended daily allowance.

You could just roast them and eat them and be all healthy and all.  Most folks do that.  But we are talking chez Sitcom here.  We specialize in taking healthy and making it sugary and tasty.  Because that is the way we roll.  So I grabbed my brown sugar and made my version of candied pumpkin seeds.  Because really, somebody had to do it. 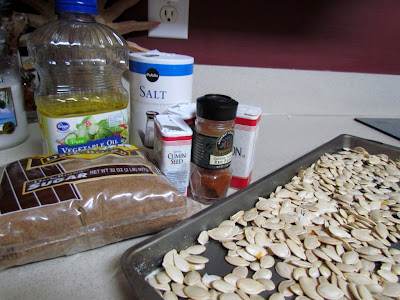 Rinse the pumpkin seeds thoroughly and pat them dry with a paper towel.  Place them on a baking sheet sprayed with cooking spray.  Then spray the seeds down with a light coat of cooking spray. 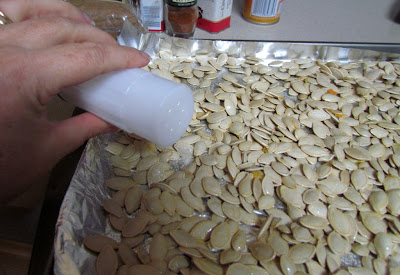 Sprinkle the seeds with salt and then put them in the oven at 300 degrees to bake for about 20-25 minutes.  You want them to be a golden brown when done. 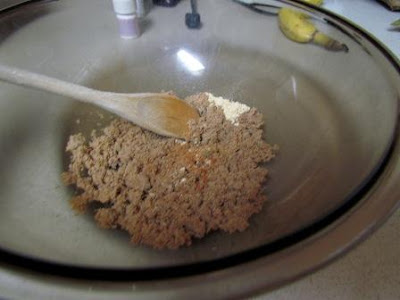 Mix your 4 Tbsp. of Brown Sugar with the cumin, cinnamon and ginger in a large bowl. 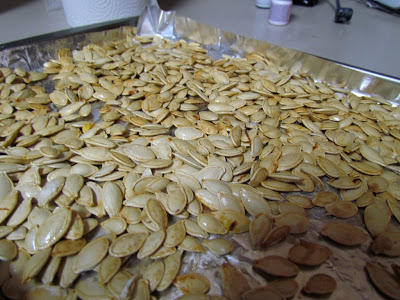 Pumpkin seeds should be a nice golden brown when you remove them from the oven.  You could stop now and eat them and they would be awfully healthy.  But we are going to go a bit further because brown sugar is kinda like bacon.  It makes anything taste good. Add your Tablespoon of Olive Oil to a frying pan and set the heat for medium heat.  Toss in your seeds along with 4 Tablespoons of Brown Sugar. 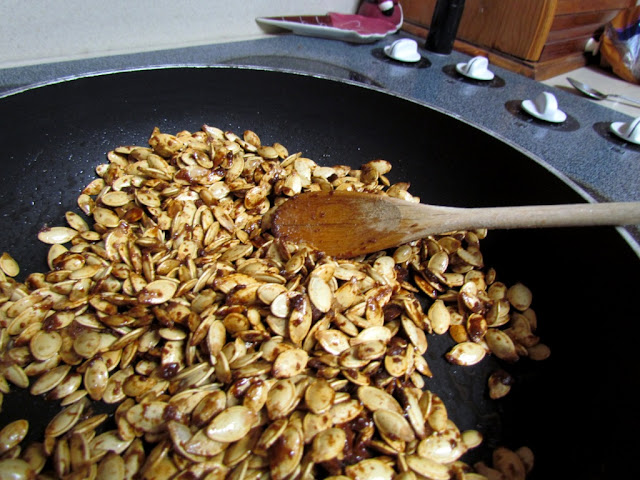 Cook and stir the seeds until the sugar melts and forms a coating on them- about two to three minutes.  Then quickly add them to your bowl of spices and toss them to coat. 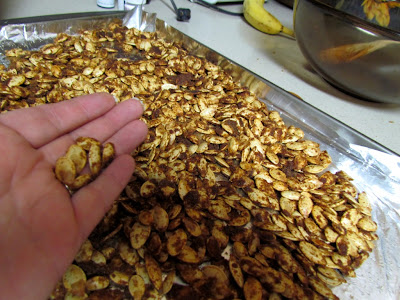 Let them cool, and then munch out.  Or do like me and burn the crap out of your tongue.  Whichever you prefer. 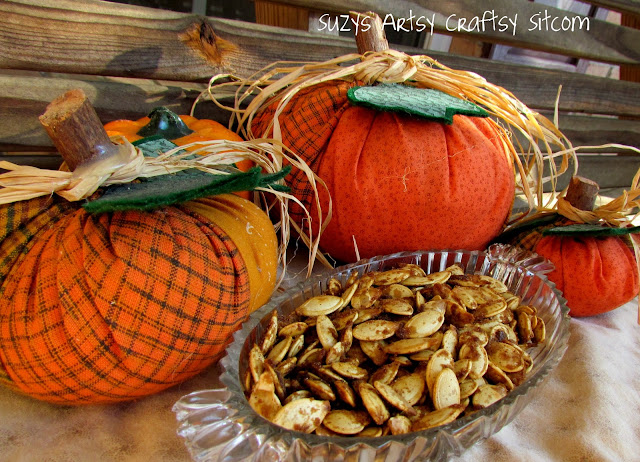 _______________________________
Liked this tutorial?  Then you might enjoy my Scented Jack O Lanterns Tutorial.  I don’t go in the kitchen often, but when I do you never know what might come of it.
In the mood to make something easy and sweet that is totally not healthy?  Well check out my sister’s tutorial on how to make Monkey Bread. And it doesn’t involve a single monkey.  ( I know. I was a bit disappointed too).

Next post: How About Something Unique for the Holidays?