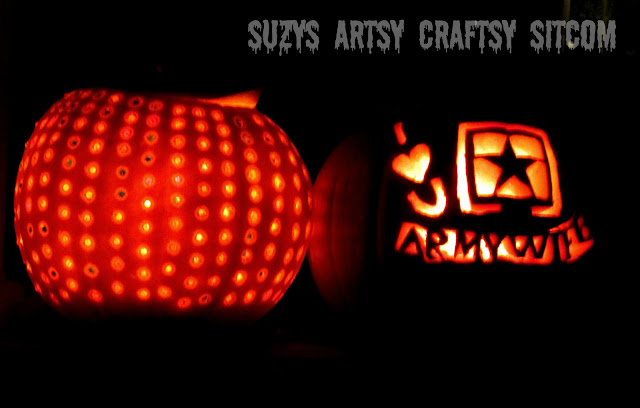 The daughter and I wanted to carve pumpkins this year, and of course we wanted to make ours a bit different. Because that’s the way my family rolls. You certainly can’t expect the norm from us. I have been playing around with the idea of a “jeweled pumpkin” and my daughter wanted to make something to cheer up her hubby who is currently serving in the military. 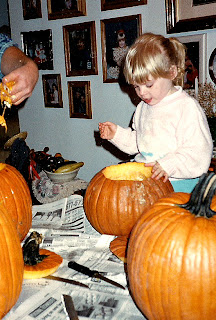 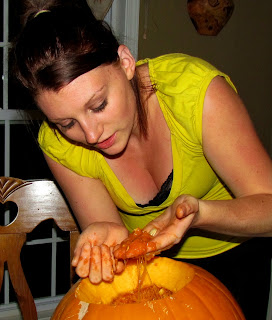 Of course, carving pumpkins has always been a tradition in our family since the kids were very small. When she was little, she had a bit of issue with the insides of the pumpkin, but as you can see, she has grown out of that. 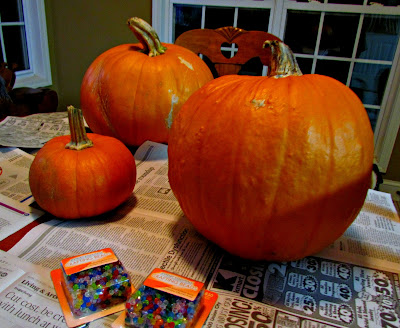 For my jeweled pumpkin project, I used:
A pumpkin (no really)
Plastic transparent beads (20 mm)
A large nail
And of course some candles
We did the normal cleaning out of the pumpkin thing, being sure to set the seeds aside for another project. When cleaning out the pumpkin, it is best to get rid of as much of the rind on the inside as possible in order to get good light through the beads. I tried to make it about ¼” thick. 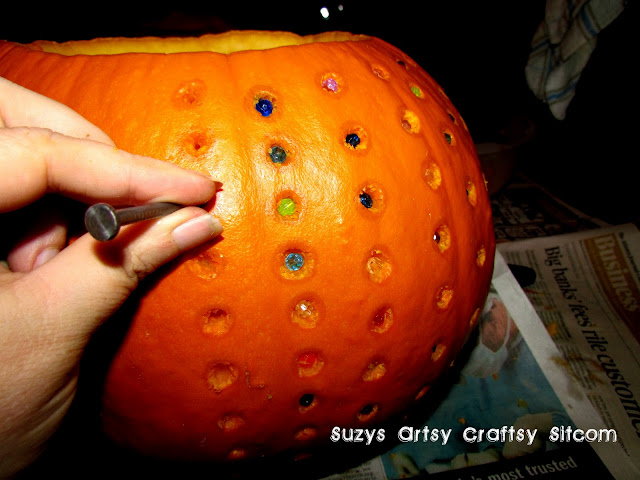 I then used a nail to puncture holes into the pumpkin. I didn’t follow a pattern, just punched holes in lines, but one could certainly add a pattern here. Maybe something in paisley? Hmmm… Anyway, as the rows of holes were punched, I simply pushed into each hole a colored bead. How easy is that? 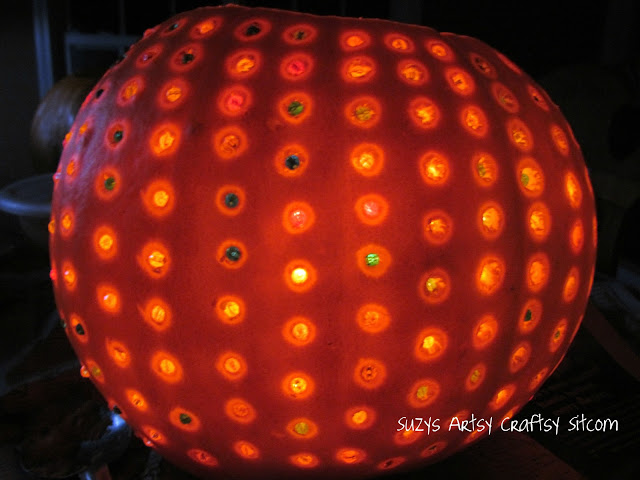 Be sure to cut an air hole in the back of the pumpkin so that your candle can get oxygen. I cut mine about 2” x 2” in the very back of the pumpkin and it seems to work well. The finished pumpkin looked more like a disco ball than a pumpkin, but it certainly had an unusual effect.

My daughter printed out the army logo on computer paper and pinned it to the pumpkin, using it as a template for her design. She emailed this photo to him and of course he loved it. Very sweet. 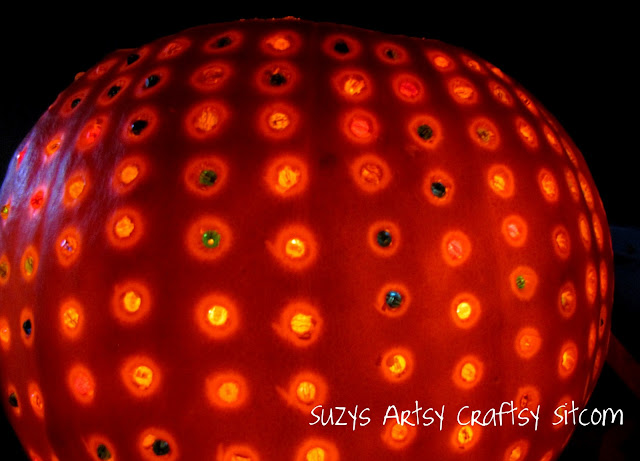