Creating Success Around the World

by Susan Myers on January 17, 2012
in Interview, knitting

The worldwide blog hop tour, that introduces you to creative people from all corners of the globe.

Every week, our hosts on each continent will introduce you to someone new whose creativity is inspiring! Come take this worldwide tour with us!

You can visit each host below and read about a featured creative person on each continent! All interviews are posted simultaneously around the world, resulting in one big crafting party. And then, add your blog to the Blog Hop party below. You could be featured in the next Around the World Interview! Fame. Notoriety. Pure Awesomeness! It’s all in the touch of a keyboard button…

Our Guest this week is from San Francisco, CA, USA!

Today we are welcoming  Hilary Smith Callis from The Yarniad.  Hilary is a designer of knitwear.  You can find her patterns offered in such places as Ravelry, Knitscene Magazine, Twist Collective,  and even in a recent book called Brave New Knits, offered currently by Amazon.

My buddy Tom Selleck, his mustache and I are excited to have her here.  We have been working on cleaning up the Green Room in preparation of her arrival.  Seems that Ricky Gervais asked us if he could stay here last week while he wrote his bit for the Golden Globe awards.  We did our best to give him quiet and privacy while he wrote his hosting skit.    Unfortunately, word got out as to where he was staying.

You don’t know anything about that do you Tom?

Hmmmph.  Well anyway, we’ve had stars showing up left and right trying to get on his good side so that he wouldn’t say anything derogatory about them when he gets on stage.  George Clooney sent flowers, Brad and Angie sent a huge box of chocolates, Ashton Kutcher sent two tickets to Bermuda delivered by a bikini clad babe and Lindsay Lohen parked herself on the front doorway for two days trying to get inside to give him a free copy of her Playboy spread.  (As if he couldn’t just look it up on the internet like everybody else did).  Unfortunately for all of them, we were under strict orders to give Ricky some quiet time.  So he was unaware of the commotion going on outside.

And now that the award show is over, we have a room full of bribery to get rid before the producers of “Hoarders” show up at the steps.  Honestly.

So, while Tom works at moving the cases of champaigne and the Ferrari out of the livingroom, let’s take a few moments to interview Hilary in my office!

Suzy: Tell me a little about yourself, your family, your other hobbies…

Hilary: I work part time at NASA Ames Research Center 35 miles south of San Francisco on a project called SOFIA (Stratospheric Observatory for Infrared Astronomy). I’m not a rocket scientist or anything…I’m one of the businessy people working with a whole bunch of astronomers and engineers. It’s kind of a weird job for someone who studied Greek and Latin in college, but the demand for Classicists is somewhat low these days so I had to take what I could get.

Hilary: I met my husband at work and we’ve been married for five years — and, yes, we have survived living and commuting and working together for that long…we just don’t know any different! Our son, Daniel, was born last March and is developing into the most hilarious little guy. It sounds so cliche, but every day with him is an adventure and we have no idea what we ever did with ourselves before he was born! With a baby, a job 35 miles away and a strong devotion to knitting, there’s not a ton of time for much else, but I do also love to sew, dabble in analog photography, read up on Christian apologetics, and flip between various Masterpiece Theatre shows and trashy reality tv.

Suzy: I love to show many different styles of crafting on my blog. And I love the fact that you are a designer. Can you tell me how you got started designing knitwear?
Hilary: For me it was a pretty natural progression. As soon as I knit my first sweater, I was making plans for one of my own designs, tweaking patterns here and there until I put together what I wanted to make. I didn’t call it “designing” for awhile…I would have ideas or see something in a store that I wanted and then just improvise. The women in my family are incredibly creative and inventive and never let patterns hold them back. Grams is the master knitter who would recreate things I found in magazines, Nana is a home decor genius, and my mom does things like recreate a dress Reese Witherspoon wore in Water for Elephants for a fancy Christmas party in 72 hours. So, even as a relatively new knitter, I wasn’t afraid of making the craft work for me. And, after a ton of encouragement from the knitblog community, I realized I could share my ideas with other knitters — that’s when I really started “designing.”

Suzy: What inspires your designs?
Hilary: When I have time, I flip through fashion magazines like Vogue and W to see what’s going on in the world of high fashion. I’m often inspired by little details I see in runway looks: a collar here, a sleeve treatment there. I’m also often inspired by nature…especially edible nature. It probably sounds weird, but I find the shape of fruit really inspirational and fascinating!

Suzy: Can you tell us a few things that most folks don’t know about you?
Hilary: Hmm…my college dream was to be bassist in a band that brought grunge back. Two friends and I were sure it could happen, but we unfortunately never found a drummer and never actually got around to playing anything together. Too bad…I had some cute flannel.

Hilary: What else? I’m kind of boring…oh, the year after college (I went to UCLA) I worked for a company that would send you around to be a server at various parties and events. Doing this sort of work in LA was pretty fun because most of the events were related to the entertainment industry. I got to work at the Oscars, the press junket for the second Matrix movie, a few movie premiers, and a Matrix-related party where Marilyn Manson was dj’ing. I don’t even try to pretend anymore…I totally love seeing famous people and what they’re like off-screen. Ryan Seacrest is actually really cute in person.

Hilary: Now you know the depths of my dorkitude. Knows dead languages. Wore flannel a decade after it was (or wasn’t) cool. Gets star struck. Thinks Ryan Seacrest is cute. Wow. How many people are going to read this?

Suzy: Can you give any new designers out there a few helpful hints?
Hilary: You simply have to try! Honestly, the best way to start designing is to just start designing. And when you write your first pattern, don’t get frustrated if you have trouble describing a technique or can’t figure out the math for a certain piece. Skip it, make a note, and come back to it later. Get the easy parts done first, then tackle the harder parts one by one. And remember that it all gets easier with a little experience.

Suzy: This crafty blog community is full of wonderful folks. Can you tell me what blogs inspire you?
Hilary: Oh, wow, too many to list here! I get so much inspiration from fellow knit-design-bloggers at Needle & Hook, Tiny Owl Knits, Canary Knits, French Press Knits, and Babycocktails. I also read Luvinthemommyhood, Posie Gets Cozy, and Sown Brooklyn for multicraftual goodness, and Garance Doré  and Bluebird Vintage  for photography and fashion.

Suzy: Can you tell us a little about what you are promoting right now?
Hilary: A good friend (and design guru) has been working on doing a complete redesign of my blog/website, which has a freshly organized pattern shop now. We’re almost done and I encourage folks to come take a peek! Also, I put out a holiday stocking pattern just before Christmas, the Felted Sweater Stocking. It’s an easier-than-it-looks design with cables and bobbles and is lightly felted, too. The holidays are behind us now, but I’m offering the pattern at a discount ($2) through January for anyone who’d like to get a jump start on 2012 holiday craft planning (it’s never too early!).

Suzy: Hilary, thank you so much for stopping by for the interview!  Please take a few moments and check out  Hilary’s site, The Yarniad.  Her knit patterns are classic and fabulous.  I’m betting you will find lots there to fall in love with.

So, Hilary, on your way out do you want to take anything with you?  Maybe a couple bottles of wine, or some of that caviar?  Really.  We have plenty.  There is even an entire stack of pizzas sitting in the dining room just waiting for a new owner.  Yep, over there behind the monster flat screen television and the cases of shoes and handbags from the Kardashian Kollection.  (Which unfortunately for Kim, did not help her cause a bit).  Ha!

Want a chance to get interviewed on the Sitcom?  Want to meet lots of other great artists from all over the world?  Then please take a moment to link up your site to our International Blog Hop! 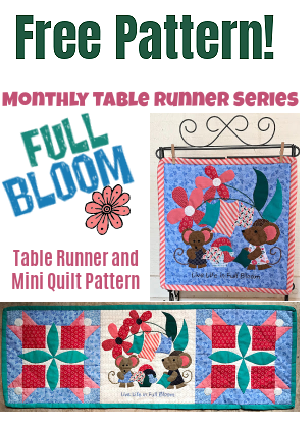