Biker Chicks have all the fun…really they do. 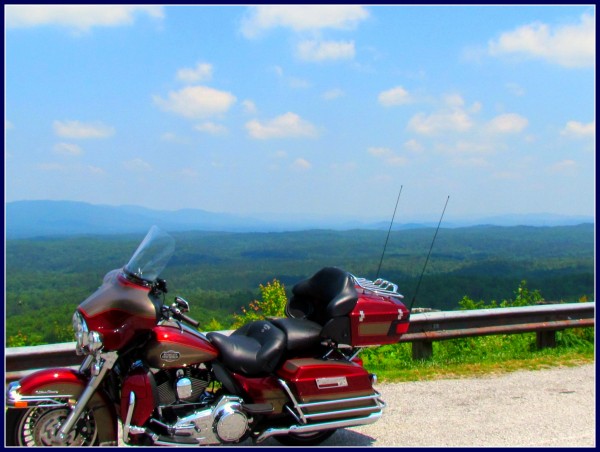 1. Last weekend we decided to crank up the Harley and take a motorcycle trip of to Cheaha State Park in Alabama.  Cheaha mountain is the highest point of Alabama, sitting at 2400 feet above sea level.  Now I know that if you are from pretty much anywhere else, you are scoffing right now at this little hill we southerners call a mountain.  However, if you live in an area that is mostly flat and green, it is kind of nice to get up in the clouds every now and then.

2.  And while it might resemble a mole hill to most, it is certainly better than a sharp stick in the eye.  Wouldn’t you agree?

3.  Anyway, it is the first time that I’ve been on the back of a motorcycle in about six months.  With things going on and then the weather thing, and then the winter thing, and then the pollen thing, there was always a reason not to go.  That and the fact that riding on a motorcycle doesn’t come naturally to me.  I have a bit of difficulty getting off and on the thing without hurting myself.  You see I stand about five feet tall in my stocking feet and climbing onto that huge motorcycle is reminicent of saddling a bucking bronco.

4.  As it is, my husband had to raise the foot pegs six inches so that my legs aren’t dangling over the sides like a little kid in a high chair.

5.  About a year ago, my husband and had taken the bike to the local IHOP to get some pancakes.  We sauntered out into the parking lot afterwards, looking all cool in our leather jackets, and doo-rags and made our way over the Harley parked prominently in front of the plate glass windows.  The hubby hopped on and cranked it up and then, looking as bad-ass I could possibly manage, I went to swing my leg over the bike to get on.  Somehow my foot didn’t make it over, and I fell off the bike into a big biker chick puddle on the pavement.  Not only did I manage to entertain the crowd at the local IHOP, but I cracked my ankle bone in the process.  Nice. 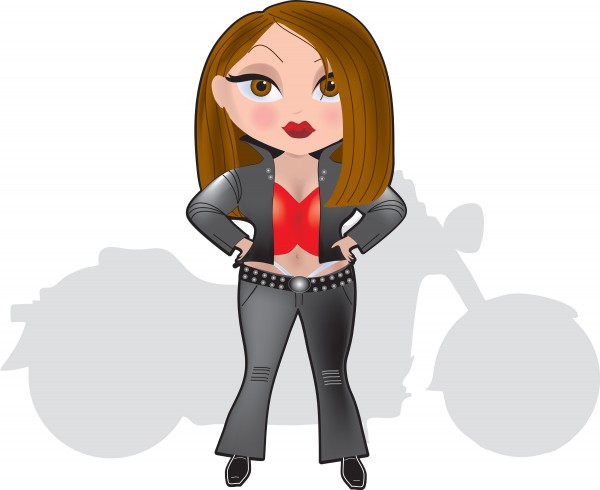 6.  So, it stands to reason the I have a bit of stress going on every time I have to get on or off the thing.  Try as I might, I won’t ever be that perfect biker chick that I strive to be.  In my mind, I’m a fierce chick in a leather jacket, but in reality, I’m a dork.

7.  Anyway, we drove up the mountain and enjoyed some awesome views, and then on the way back we decided to stop at a little ice cream stand in Heflin, Alabama.

8.  And there I met the ultimate biker chick.  One that has no difficulty getting off and on the back of a motorcycle.  For her, being short is not an excuse.  Meet Harley. 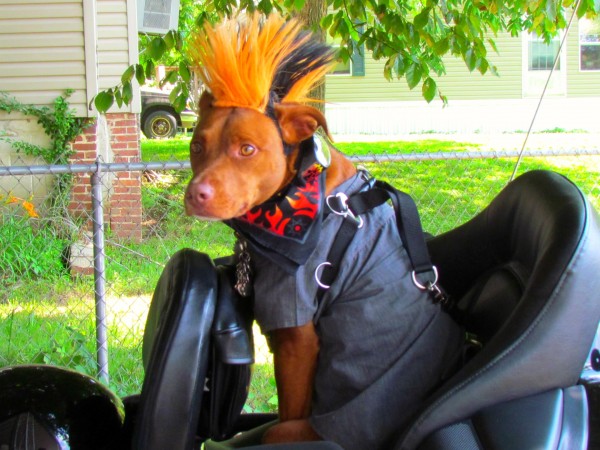 9.  Not only can she hop on and off that seat with the greatest of ease.  Her hairdo is much more fierce than mine will ever be.  She allowed me to take some photos as she supervised the making of her chili dog with a side of fries.  She demanded a bottled water with a straw and two packs of ketchup on the side as she swung her legs off the bike and tossed her leather biker gang jacket over the backrest.

10.  Too cool to smile, too important to give me much more than a sideways glance, she was a true biker chick in action, demanding respect from all around her. 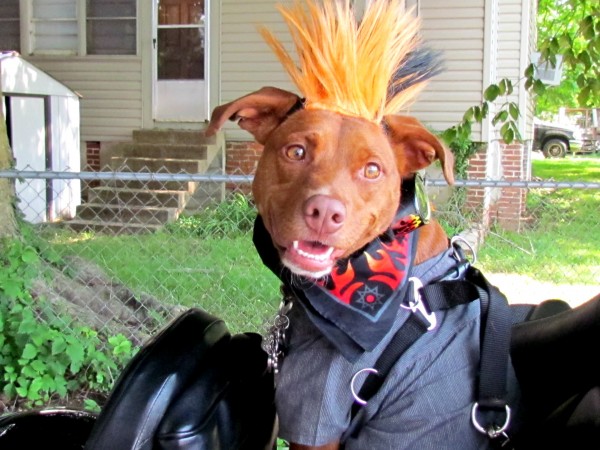 11.  That is until I tried to get back on my motorcycle, leaping deftly over the seat from my ultra raised footpeg, only to fly over the other side and land in a heap in the dirt.