How to do a Girls’ Weekend right… 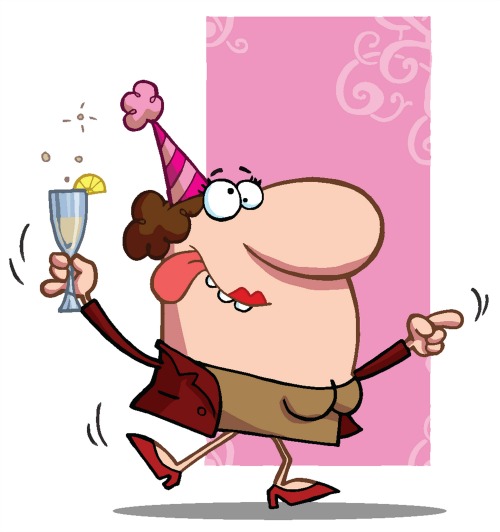 This post was originally written in March of 2011.  Every year, my sister, sister-in-law, mom and I go on a trip to the mountains.  Yep.  Just us girls.  And sometimes we get in a little girly “trouble”.  But what are girls weekends for if you can’t just let go and enjoy yourself?  No men in the drivers seat dictating when you can stop and go to the bathroom, no guys rolling their eyes as you peruse that quilt shop just one more time, no husbands veto-ing that trip to the theatre to catch the latest chick-flick.

Anyway, here is a bit of what happened that year…

1.  Last weekend we went on a “girls trip” to Gatlinburg, TN, to check out the local quilt show. We rented a log cabin at the top of a mountain and planned to check out the vendors at the show, the awesome quilts and anything else we might see in the area. 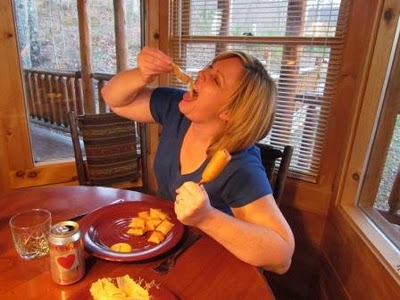 2.  It took us no time to throw the diets out the window. We decided to buy some of the foods that we really shouldn’t eat and eat them all. Well, why not?  No witnesses, right? And the hubby doesn’t read my blog, so my secret is safe with the world. For dinner, we enjoyed a huge plate of nachos with extra jalapenos, corndogs and pizza rolls with a side of diet coke, and oreo cookies and milk for dessert.

3. Later that night, we all enjoyed a bottle of pepto bismol. 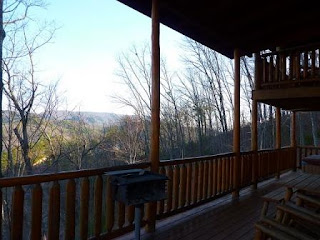 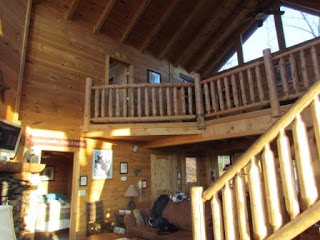 6. Since we don’t know how to play pool, we made up the rules as we went. Double points for stripies and if you shoot the white ball off the table, you have to give a dollar to your opponent. 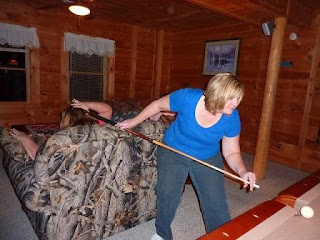 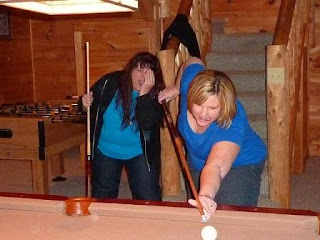 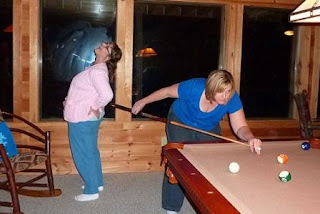 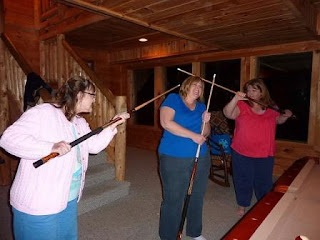 8. My sister was rather dangerous with the pool cue. Maybe the pool parlor should have been larger… 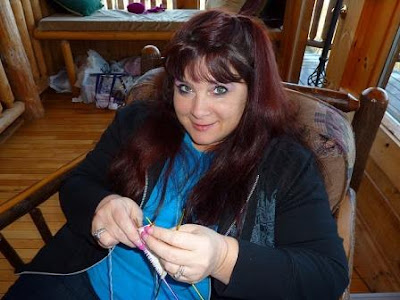 9.  The cabin was fabulous and I even found a nice place to sit and do some uninterrupted knitting. That is my UFO for the month- a sock. Really it is. At least it will be by the end of the month. There is no such thing as uninterrupted knitting time at home. And maybe not at the cabin either as the sock didn’t seem to get much bigger.

Important things called. Like watching the sunset, gossiping with the girls and looking for that darn white ball from the pool table. 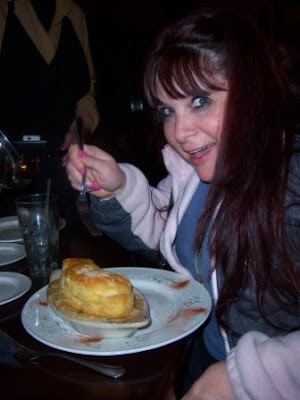 10. We found some awesome restaurants and ate more things that we shouldn’t have. 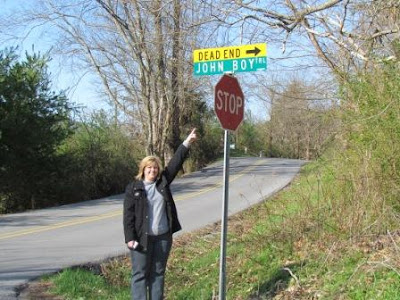 11. On the way to the quilt show, we passed John Boy road. It was two streets down from Mary Sue Beth Daughter Girl Lane. Ha!

Here we ran into John Boy’s pitt bull. He did not appreciate our humor. Fortunately for us, he had to pee on all his property before he took my leg off. I might be old enough to remember the Waltons, but I’m still pretty darn speedy when I need to be. 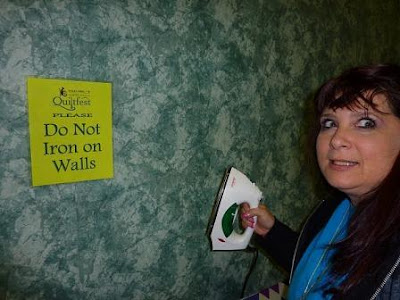 12. The quilt show was not as big as we hoped, but it was fun. The folks there have some pretty odd rules. No ironing on the walls. Frankly, it has never once occurred to me to iron a wall, but now that I’m not allowed, it seems to be the only thing on my mind… I…can’t…help…myself…

13. After they bailed me out of jail, we went back to the cabin and enjoyed the hot tubs.

For more humor posts on the Sitcom look here.