My days are pretty darn full with keeping this blog updated, making crafts, painting all those Paisley Chickens, writing for the Daily Holiday Blog, and oh yeah, there is the day job.  So I find myself every evening doing my best to catch up on the websites.  I work in the living room where I can usually do a little multi-tasking by watching television and writing at the same time.  Good in theory, but not always the most productive choice. 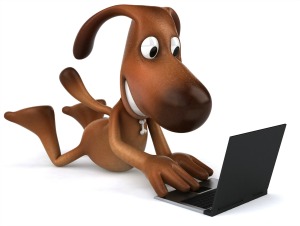 You see the hubby and my father-in-law love to watch all those crime dramas.  Every evening it is a whole line up of NCIS, Criminal Minds, Law and Order, NCIS New Orleans, NCIS Los Angeles, CSI, and most any other crime drama acronym you can think of.  When they aren’t watching dramas, they are watching the news.  Same thing, in my opinion. 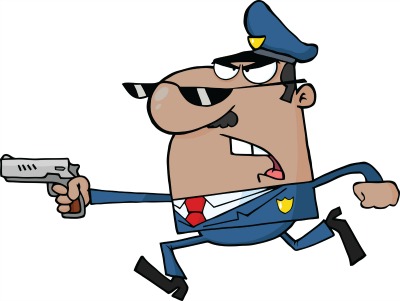 I call their television viewing “All Murder all the Time”.  And I can’t stand it.  How can I write funny posts when all I can hear in the background is screaming and mayhem?  And once the guys sort out who gets to sit where, the tv show starts… I try to tell them that a little comedy might do them some good.  I mention that Modern Family is on the other channel.  How about a laugh for the evening?  I get shushed because they cannot hear that last murder.  They have to rewind.

So, rather than find a new room to work, I put my headset on and start Pandora in the background.  I created a few cool channels that keep me entertained with upbeat music.  And the post writing starts commencing nicely.

And then I think to myself, “It would be cool to check out that music video”.  And I end up on Youtube.  And then absolutely nothing else gets done for the evening.  You see, Youtube is a massive pit of fabulously wonderful time wasters.  Much like reality television, I become enthralled and absolutely cannot look away.  Which often results in some great finds.  So in an effort to share the wealth, I found two of my current favorites to share with you.

Because I do have your back.

So, lets start with this awesome lip dub of “Shake It Off” by Taylor Swift.  It was created by the Delta Sigma Phi- Beta Mu at Transylvania University in Lexington, Kentucky.

1) I had no idea that there was a Transylvania University.  Of course it brings to mind a dark castle and Count Dracula, but I’m willing to bet that they have totally heard that before.

2) Special props go to the camera man.  Wow.  This was done in one take!  I love that. I would have been tripping over my own feet and end up with several close up shots of the berber carpet.

3)  At the risk of sounding like a pervy old woman, those are some good looking guys!

This next video is an awesome mommy take of “All About That Bass” by Meghan Trainor.  Mommy blogger, Deva Dalporto from My Lifesuckers took the music and played off the video, creating her own version called, “I Just Need Some Space”.

Deva says, ” My husband bought me a video camera for my birthday last October, and after cursing him for two months straight for spending so much money on it, I finally used it. I created my first video What Does the Kid Say and tossed up my blog as a landing page for the video. The video went viral which was shocking and intense and insane and amazing. A few months later I went viral again with my Let It Go – Mom Parody. CRAZY!!!!! Recently I got the best compliment ever from NBC when they called me the “Weird AL of YouTube Moms.” I almost died when I heard that”.

Uh oh…now I have to go check out Weird Al videos.

Will this never end?

I totally blame it on “All Murder all the Time”.