by Susan Myers on July 1, 2011
in acrylic painting, Painting
I’m in the midst of putting together at least six different tutorials for you, including a series on beginning quilting that will be posting starting July 12.  Please be sure to stop by and check it out.  I am teaming up with Patricia at Discount Sewing Supply who will be offering an exclusive, limited selection of fabric for this very project.  I am very excited about it.
In the meantime, I will show you something else I do when I have the time.  Most folks know me as a crafter, but my secret is that before I began crafting, I was a painter.  Most of my paintings are owned and displayed in my parents house.  In fact, it’s kind of like the “Museum of Suzy” over there.  A little embarrassing, but heck, isn’t that what parents do? 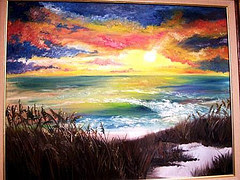 This painting is one of my early works.  My preferred medium is acrylic paint and over the years I have perfected my personal style.  This is my depiction of Nags Head, NC.  The beach that we went to every summer when I was a child. 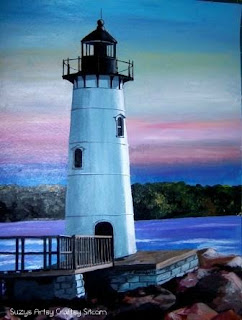 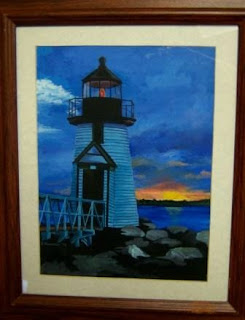 Back in 1999, I did a whole series of lighthouses; twelve of them to be exact.  I had prints made of them and made them into calendars for family gifts.  I own two of the originals and the rest have been given away to the family. 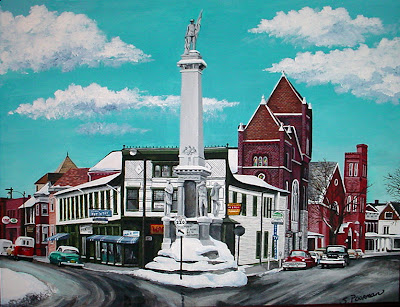 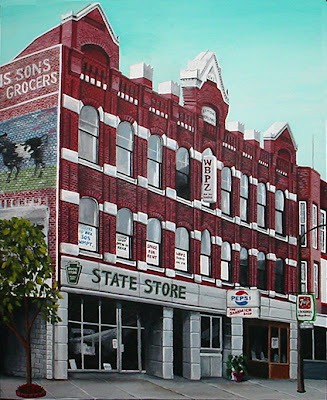 In 2005, I painted this set for my father.  He grew up in Lock Haven, PA.  One of his valued possessions was a book of old black and white photos of the town during the 50’s and 60’s; the era of his teen years.  He had pointed out two different photos in the book of places that he had worked as a teen.  The painting on the top is a depiction of the old war monument that used to sit at the main intersection in town.  Behind it is a radio shop that my dad worked in as a teen.  It is no longer there and they even moved the statue, but this is how he remembered it.  The painting on the bottom is a building that he worked in- the radio station, not the State Store.  You know when I painted this, I had no idea that a State Store was a liquor store.  Ha! 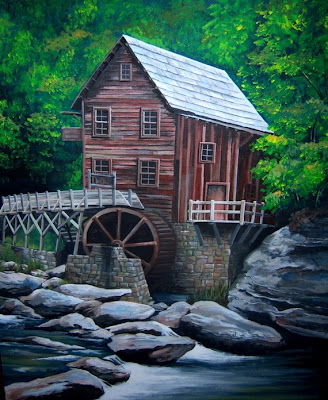 This painting depicts an old mill in Virginia.  I began this painting when I was pregnant with my youngest.  It then sat and collected dust for nearly 20 years before I finally cleaned it off and finished it.  That’s my attention span for you.  Anyway, the finished painting is now on display in my Etsy shop. 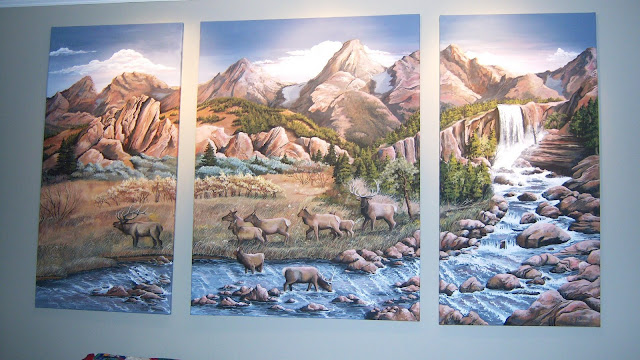 Finally, I painted something for myself.  This is a tryptic that I painted depicting our favorite part of the country- western Montana.  Since I have moved to painting onto much larger canvases, this painting actually is about 8 feet long and is displayed over my couch in the livingroom. 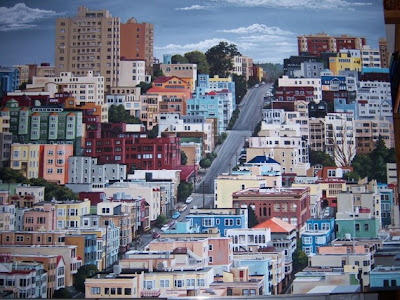 Continuing with the large sized canvases, I then painted a depiction of the city of San Francisco as seen from the top of the Coit Tower.  This painting has over a thousand windows depicted in it and can currently be seen displayed in my Etsy store.  If it doesn’t sell before then, I will be entering it in a local art competition in the fall. 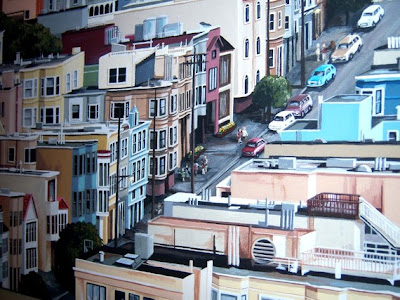 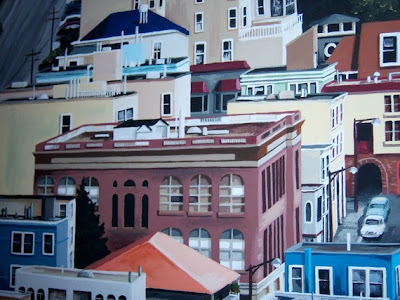 Here are a couple of close-up photos.  The canvas actually measures about 4 feet wide and 3 feet tall.  The painting took me a year to do, simply because my attention span is ridiculously small.  There is always crafting to do! 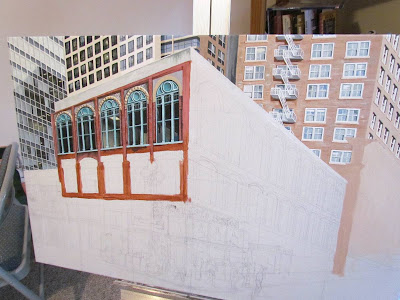 And my current project in progress.  A painting of an old restaurant in the center of Seattle, WA.  The Seattle area is my second most favorite area of the country.  This painting is roughly the same size as my San Francisco painting.
I have many more paintings in my head just waiting to come out on canvas, and not nearly enough time in the day.  Someday I hope to quit my day job and do painting and crafting full time.  Until then, though, I guess I need to earn a paycheck.
Or maybe win the lottery.  Ha!