A bit of cardio before my coffee is a good thing, right?

I have a fear of a few things.  And fear of spiders is pretty high up there in my list of phobias.  Which brings me to my latest embarrassing story… 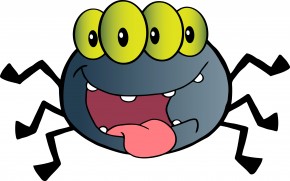 My husband spent quite a while this afternoon sweeping tiny spider webs off his motorcycle in the garage. You know- the motorcycle that is parked right next to my car. It brought to mind an episode from last summer.

A little background. I have just a few phobias. I have a fear of public speaking, a fear of germy public pools, I dislike crowded spaces and have an odd issue with styrofoam cups (a whole other story). But probably the two biggest phobias I have are with spiders and snakes. I’m a firm believer that the existence of men is justified by their ability to take care of the spiders and snakes in their woman’s life. Of course, they are good for other things, but you put a man in front of me that can defend me from a rabid spider and I will swoon at his feet, forever in his debt.

I broke my husband in early on this. I don’t kill spiders. I’m too afraid that they will come back and get me like the killer in horror movies. You know the kind where they bludgeon the killer with steak knives, drop a safe on his head, shoot him seven times and run over him with a car and just when you think it is all over, the hero will walk right next to him and the “dead” killer will grab his ankle.

Nope. I don’t kill spiders, I make my husband do it because that is what I married him for. I remember shortly after we got married, I saw one skittering nastily across my hallway one morning as I was getting ready for work. Since my defender was still in bed, I located a bowl and dropped it overtop of the spider and left a note beside it that read, “big ass spider”. When my husband got up, he said he saw the upside-down bowl in the hallway and the note and laughed, thinking I was being a big baby. He was surprised to find when he lifted the bowl that I wasn’t lying. It WAS a big ass spider. Ha! He passed the test and defended my honor. I am forever in his debt. Til next time.

Anyway, it happened that one morning as I innocently drove to work, this issue came up. Big time. I park my car in the garage and I’d gotten into the habit of leaving the sunroof open while it was parked there. In my mind, to keep the car aired out. But apparently someone else thought it was so that he could go for a ride with me.

I’m driving down the road, listening to my radio, nodding my head to Nickelback when I see a movement over my head. I glance up and watch in horror as a spider the size of a dinnerplate (okay maybe not quite that big), slowly lowers himself down right in front of my face. I know this happened in a matter of seconds, but in my mind it was slowwwww motion as he descended in front of me, eight hairy legs dangling as he winked at me with 350 of his 700 eyes and then plopped his nasty self right in my lap.

I imagine there were folks out in California wondering where that scream was coming from. I’m telling you, I was incredibly lucky I didn’t wreck my car as I yanked it off the road into the grass on someone’s yard and jumped out screaming and dancing around like some lunatic who just escaped the asylum. 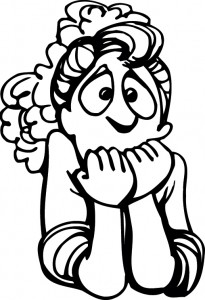 After several minutes of sheer panic and heart palpitations, I realized that not only was I making a spectacle of myself (I was causing a traffic jam of lookiloos), but I could not locate the spider! O.M.G. Is it in my HAIR??? AHHHH!! After another few minutes of flinging my hair around and thoroughly searching the car for the dreaded hairy thing, I decided that I must have flung the sucker off when I exited the car. At least I hoped so.

So I tentatively got back into my car and drove it back over the curb onto the road, holding my head up, acting like it was totally normal to drive over someone’s front lawn and back onto the road. What you looking at? Nothing to see here.

So the rest of the drive was a bit shaky as I kept feeling things on my legs and twice I scared the crap out of myself because the breeze blew a piece of my hair against my face. You know, the spider wouldn’t have to bite me to kill me, the heart attack will handle that for him.

The car was fumigated that evening.

Next post: Unique Ukrainian Eggs are not just for Easter!