I wrote this particular post several years ago.  Since the resulting offending odors have faded in my memory, I am actually considering taking on the project once again using some great tips from my readers and some big veiny Maine leaves.  In the meantime, here is a reminder of the original project attempt that officially ran amok…

Yep, it had to happen sometime.  And I am here to document it for you!  While there have been many craft fails that have occurred in my craft room, this one ranks number one as a Major Craft Fail!  So, have a seat and enjoy my mess and be glad…so glad that you don’t have to smell it! 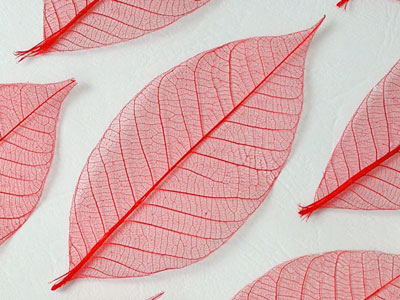 Pretty aren’t they?  I thought so too.  While in California, we stumbled upon a shop that was selling leaf skeletons that were airbrushed in florescent colors and placed over a black velvet setting.  They were just awesome.  So I wrote it down in my little black book and was determined to try this new craft when I got back home.

And that I did. 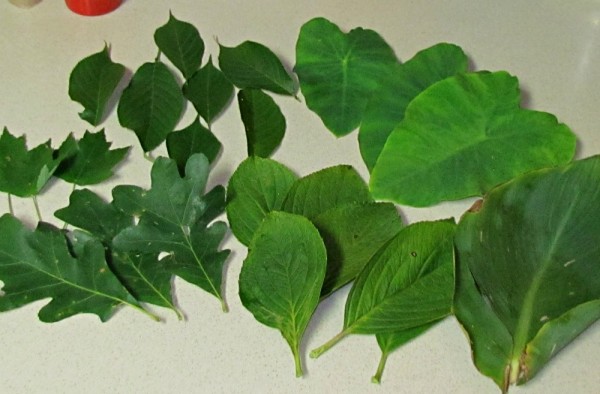 I started by gathering a large selection of leaves.  I figured if I picked a variety, at least one or two of them would work.

I followed a recipe that I found on line.  Use one part super washing soda to one part water. Sounded easy enough. 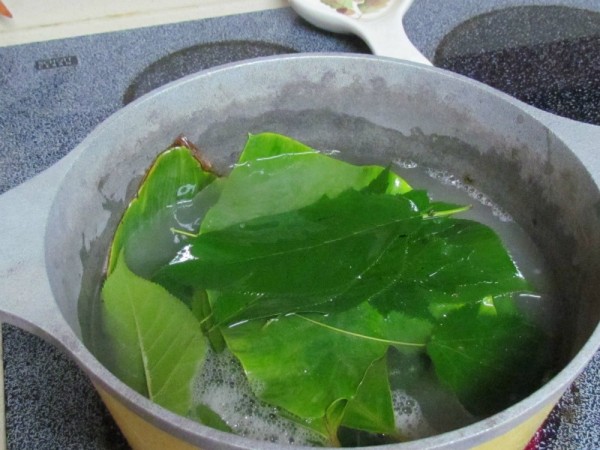 Optimistically, I threw the leaves in a pot and set them to boil.  And then waited.

And the stink began.  Faint at first, and then stronger.  Gah!  If leaves had butts, I imagine this is what they’d smell like.  It wasn’t long before my entire house smelled like leaf butt.  But, I soldiered on.  Sometimes a good craft takes a little sacrifice.

I lit a coconut candle and braved the stink.  This will certainly be worth the effort.  I had big plans for those skeleton leaves. 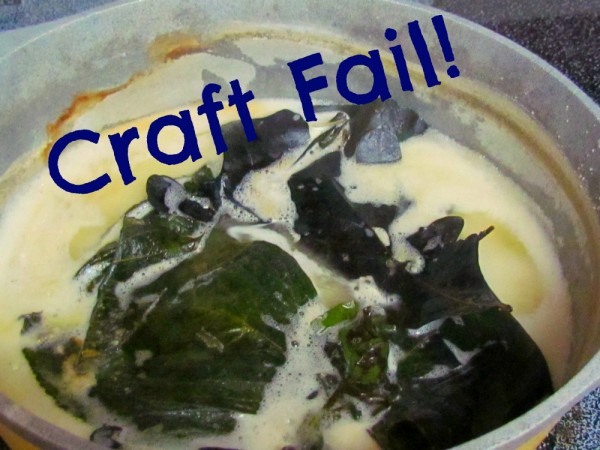 After an hour an a half of boiling, my pot of leaves looked like this.  A big stinky disgusting mess.  No problem, I thought.  The next step is to take them out and blanch them in cold water.

Well, that is if you can separate them.  I was dealing with the equivalent of a leafy butt smelling pile of spinach.

There came a point where I had to admit defeat.  The leaf butts had won.  The house was gagging me, because it now smelled like coconut leaf butts.  My pan was coated in a white crust.  Even the dogs wanted to go out.  I waved the white flag.

Oh well, I guess it had to happen sometime.

Want to see some that did turn out?  Well check out Instructables while I go clean my kitchen before I yak.