A girls night out with Dry Bar and the new Google Nexus 7!

A few weeks ago, I received an invitation from the folks at Google to come check out their new Nexus 7 at a hair salon called Dry Bar.  Apparently I was going to get a free “blow out” and a night on the town with a friend in a top notch salon in the fancy part of Atlanta called Buckhead.  Hmmm… a free “blow out” – what the heck was that?  And then I read the email a bit closer…a free Nexus 7 for my trouble!  Ummm…who cares what a blow out is, I’m in! 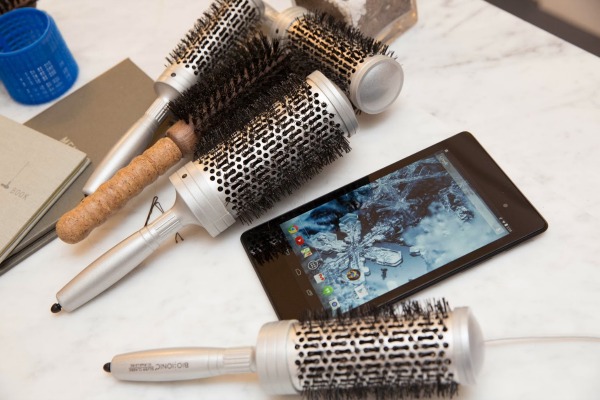 So, I called my cousin Debi up and asked her if she would like to come.  After all, she would get her own Nexus 7 and a blow out too!  She was all- “What’s a blow out?”  Ha!  So we did a bit of googling and came up with some new knowledge.  Apparently there now exists salons whose only deal is a shampoo and blow out!  Drybar is a brand new “blow dry bar” concept created around a very simple idea: No cuts. No color. Just blowouts!

We asked the husbands if they wanted to tag along and got the deer in the headlights look from both of them.  A hair salon? No thanks! Someone we know might see us.   So Debi and I decided to brave a trip into downtown Atlanta on our own to experience this new concept and try out the new Nexus 7.  What a great early Christmas present for both of us! 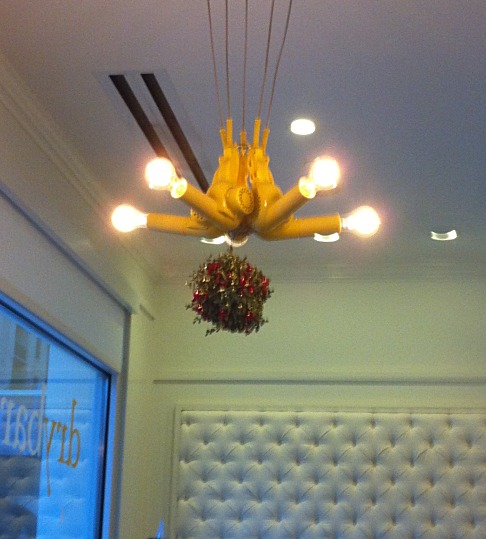 Finding the salon was not too difficult and of course catching my eye right away was this wonderful chandelier made from blow dryers!  Fortunately, my cousin is quite familiar with my tendency to stop in the middle of everything and take photos of unusual things.  So she didn’t bat an eye as I blocked the entranceway trying to get a good shot. 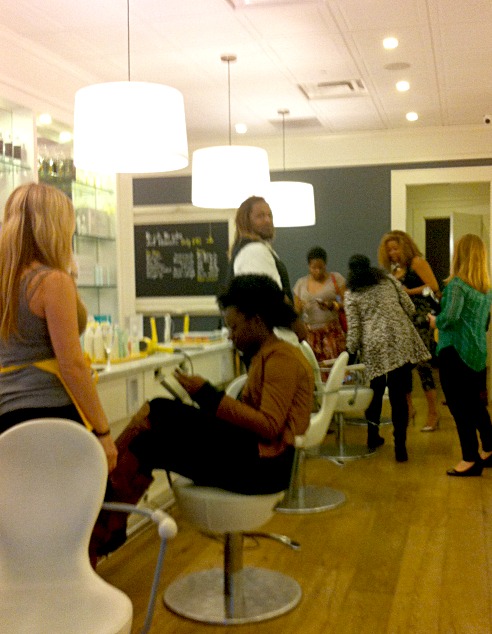 We were greeted at the door by some wonderful folks from Google who handed us each a Nexus 7 and told us to make ourselves at home.  We were in for a treat! 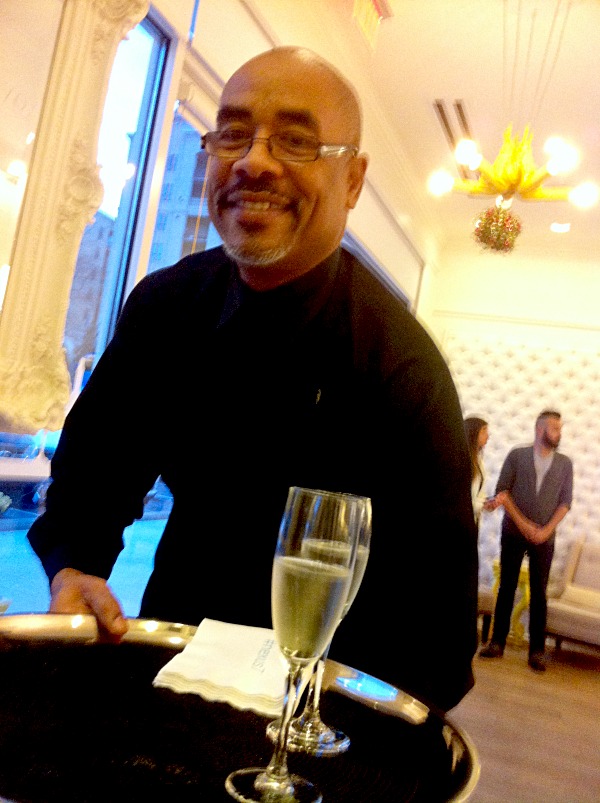 Champagne?  Seriously?  The husbands are totally missing out!  Ha!  It was about this time that I started second guessing my choice of a Sponge Bob Square Pants t-shirt for this adventure.  Debi was dressed slightly better than I was, but we both weren’t expecting a dude in a fancy suit serving hors d’oeuvres.  Can’t take the country girls out of the country…

Did I mention hors d’oeuvres? 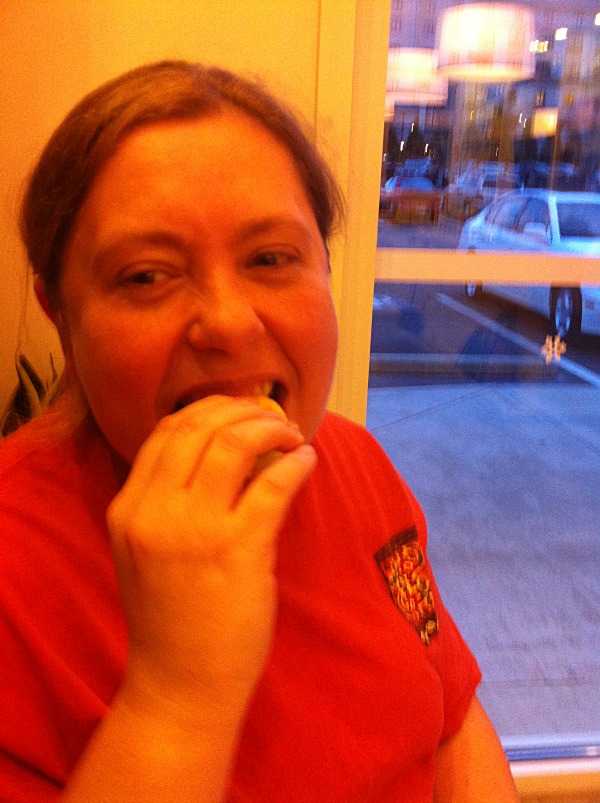 Don’t mind if we do! 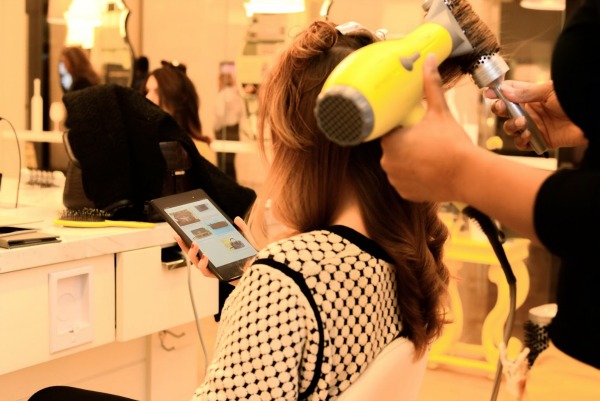 If you have never gone for a blow out, I’m here to tell you that it is the ultimate in pampering goodness.  We were surprised to find out that the prices were not unreasonable and even included a glass of wine or two! 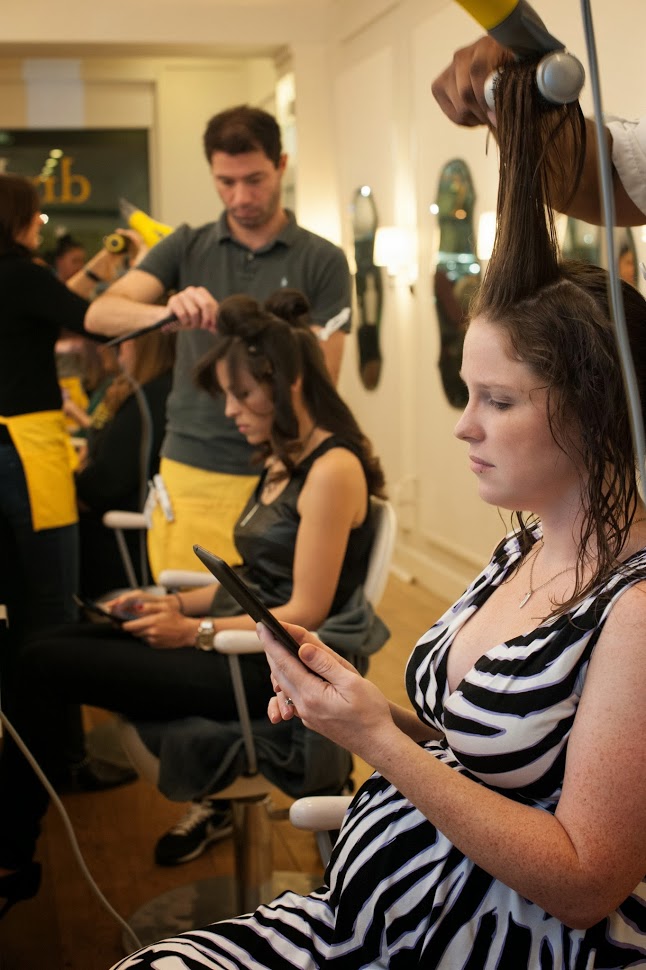 Of course, I wasn’t the only blogger invited to this gathering.  As you can see, there were bloggers as far as you can see, all enjoying trying out the Nexus 7 and this concept of a blow out and style.  Notice that I am apparently the only one who didn’t dress up.  Way to stand out in a crowd, I always say… 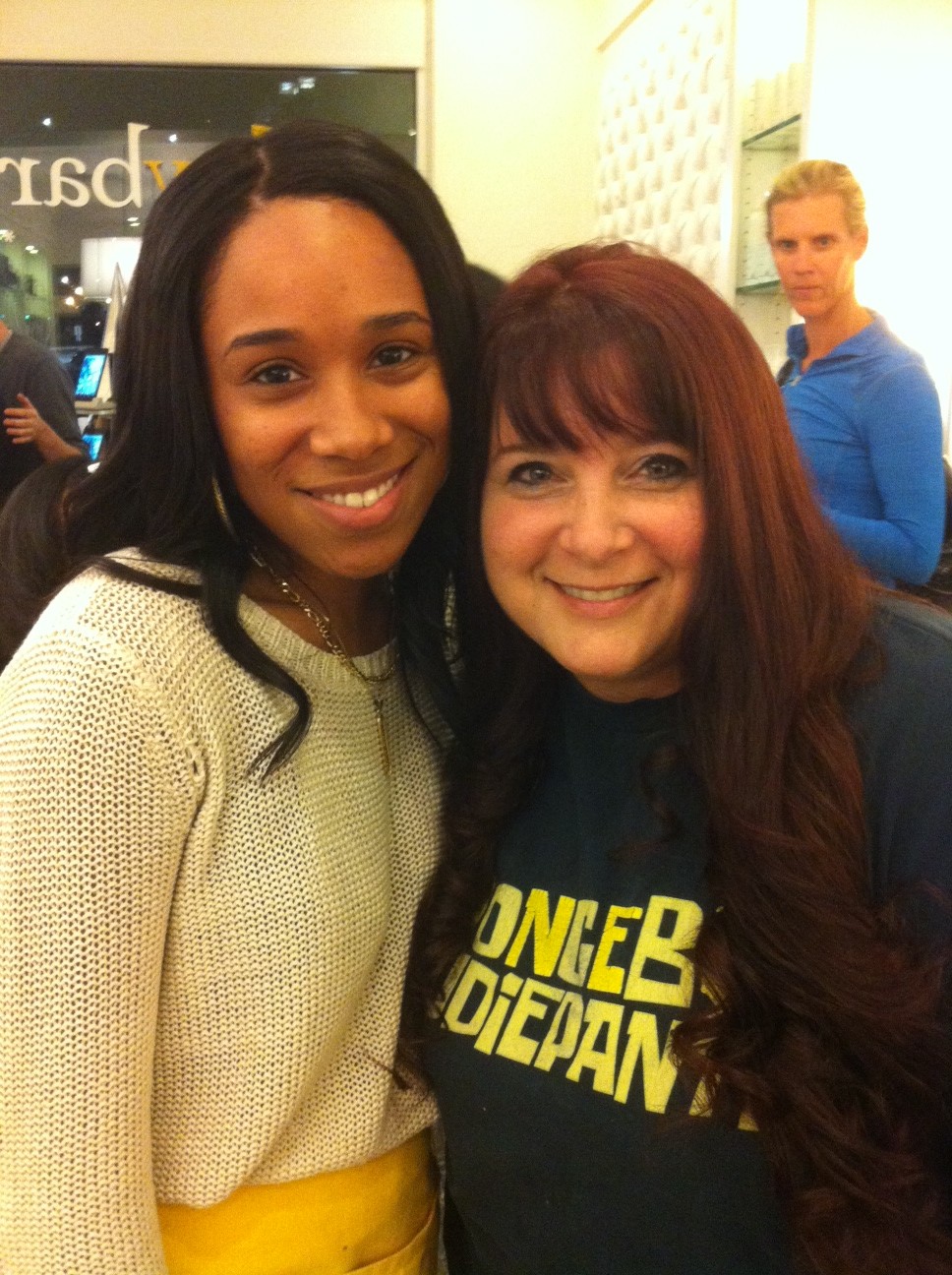 Thought I was kidding about that Sponge Bob shirt, didn’t you?

This young lady is the poor girl that got chosen to do my hair.  You can’t tell in the photo, but my hair goes down past my waist.  She totally got a work out trying to get all that hair dry.  Great photo thanks to my cousin, except for the weird photo bomber in the background… 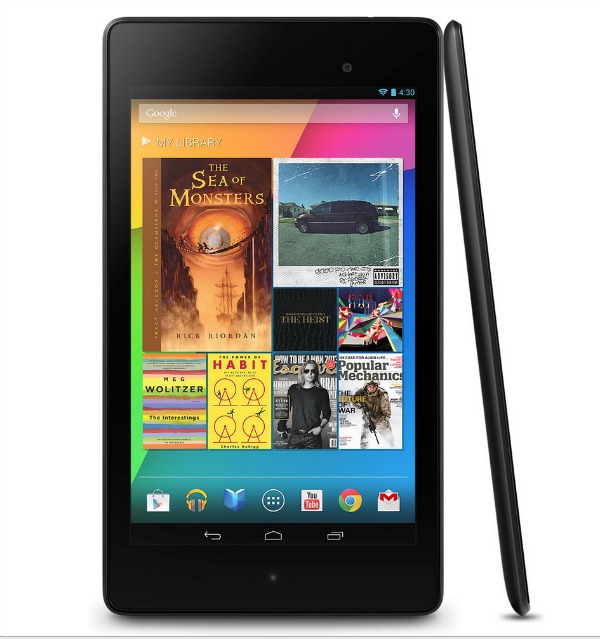 So where can you find it?  The Nexus 7 is available at Amazon, Best Buy, Gamestop, Office Depot, Office Max, QVC/HSN, Radio Shack, Staples and Walmart!

Thank you to the wonderful folks at Google for our awesome Nexus 7 tablets and to the fine folks at Dry Bar for our fun night on the town.  Debi and I had a wonderful evening and we totally recommend both the Nexus 7- which has found a permanent home in my purse, and this new concept- the blow out! 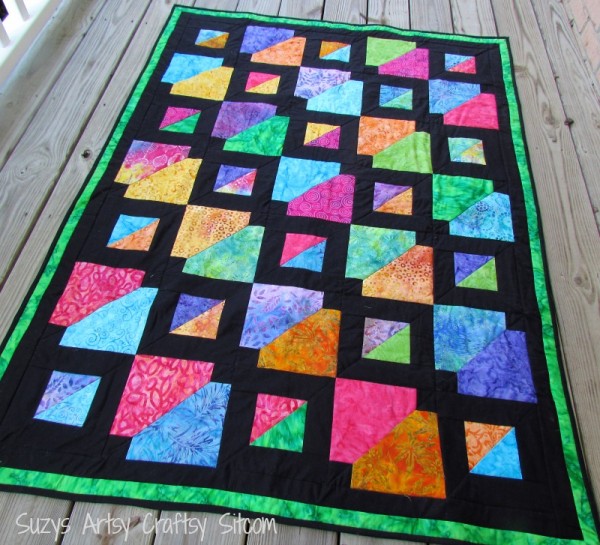 Next post: DIY Ice Ornaments- Fun craft for the kids!